“The last time we collaborated as a Council to prioritize major infrastructure projects, and worked with our federal and provincial government partners, we got the Waverly underpass built,” said Mayor Brian Bowman. “Today, Executive Policy Committee is recommending for Council’s review the prioritization of four capital projects for federal-provincial cost sharing with a significant focus on wastewater upgrades.”

The administrative report unanimously adopted by Executive Policy Committee prioritizes and recommends the approval to submit four capital projects for federal and provincial funding under the Investing in Canada Infrastructure Program.

The Investing in Canada Infrastructure Program is the current ten year federal infrastructure funding program. This program is expected to make over $1 billion in federal contribution funding available over ten years for Manitoba infrastructure projects.

Under this program, Executive Policy Committee has adopted and is recommending to Council the prioritization and approval of the following four capital projects:

The combined cost of these four capital projects is estimated at $994 million.

The two highest prioritized capital projects recommended by the public service for cost-sharing under the Investing in Canada Infrastructure Program are wastewater treatment projects. The cost of these two projects is estimated to be $909 million representing 91% of the $994 million total cost of all four projects.

If approved under the Investing in Canada Infrastructure Program, these capital projects would be eligible for federal and provincial partnership funding of up to $643.4 million which would significantly reduce the financial burden on Winnipeg residents.

When prioritizing and recommending the four projects, the public service followed asset management processes as well as criteria cited by Executive Policy Committee which required projects to have been previously identified in the city’s capital budgets or five-year forecast. It also required that projects fit within the financial constraints of the City of Winnipeg capital budget.

The Mayor said if the prioritization and recommendations adopted by Executive Policy Committee today are ultimately approved by Council it would provide a significant amount of financial support to the City of Winnipeg’s efforts to meet provincial regulatory requirements for the treatment and removal of nutrients determined harmful to Lake Winnipeg.

The administrative report is publicly available on the City of Winnipeg’s Decision Making Information System (DMIS). It will be considered by Council at the September 26, 2019 meeting.

Preparing for Spring is a Significant job for City of Winnipeg. 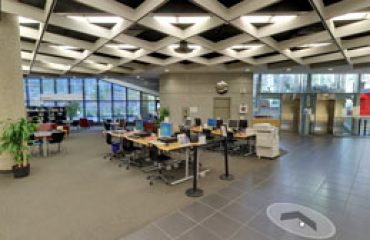